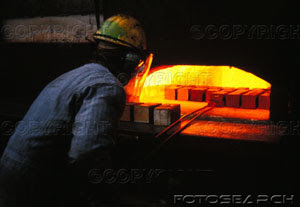 "There are two types of people in this world, the wooden ones and the metal ones. We all pass through fire;the wooden ones, they turn to ash. But the ones who embrace the fire, allow it to transform them, they come through as steele!" and so concluded my introduction to Paul who knew Dietrich who had survived the concentration camps of Poland. Paul was expounding on his life's creed by quoting his friend Dietrich, who viewed life as a series of challenges meant to refine and polish, strengthen and mold, in essence, it's the fire that defines your core. Paul's eyes danced and his splash of white whiskers flew wildly around his face as he went on to explain his own precarious foothold on life, having been a 16 year survivor of prostate cancer. "God looked down and saw this goofy guy and said 'look at this one, he's kind of fun to watch, I think we'll keep him around for a while', so here I am. The ones who turn to ash have to scoop themselves into a suit of armor and walk around wary and self protected, or worse yet bitter, they don't embrace life. After almost dying by the time I could vote, I opened my eyes and began to see every tree and hear every bird, life's too short to not be iron. And off Paul walked to complete his workout.

As Paul talked I was reminded of another saying "count it all joy my brothers when you meet various trials and difficulties, for you know the testing of your faith produces patience, and let your patience fully grow and develop so that you may be perfect and complete, not lacking anything." 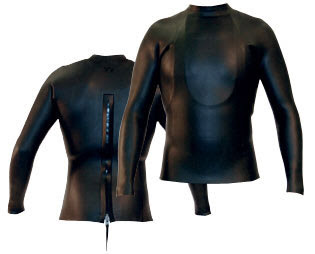 By not "lacking anything" I don't suspect they mean a new De Soto 2 piece wet suit, although I'd be willing to work on patience in exchange for that. No, I think they mean embrace the difficulties and trials because they fan the fire that makes you who you are. At least that's what the doc said when I suggested yesterday that it would be nice to have a selective amnesia pill that blots out things you don't want to keep. "You could erase your past, or at least your memory you don't want, but then you wouldn't be the person you are today".

Twice in one day? I think someone is trying to tell me something. Something like, hang in there, you'll get through this week just like every other one. It's hard, but hard is what makes you who you are. Hard gives you patience and compassion, and a deep love for your kids, your husband, your friends and your life.

But hard, at times, gives me a brain overstocked with chemicals it doesn't know what to do with. Memory and experience all seemed to be stored in these barrels of chemicals generally interconnected by an electrical current. When you remember something, your present moment- cognitive mind flows on a current through that barrel of memory and is re experienced by the cognitive thought. That is why we can remember a day at the ocean and smell the salt, taste the brine, hear the seagulls etc. It's all stored in the barrels for our thoughtful mind to access. When the experience is trying, or traumatizing, there are additional chemicals that come into to play, like adrenaline. Which explains why you will feel anxious when recalling an accident, or emergency etc. It's a wonderfully complex system, that's a a beyotch when it begins to short circuit. 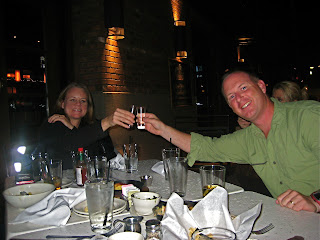 I knew I was in short circuit Arizona weekend. I couldn't complete sentences or even words for that matter. Very frustrating for the listener I'm sure, irritating to me as I watch words trail along in sentences and then simply disappear in my mind. I hold the thought, so I know what I mean to say, I just can't hold the words long enough to get them to my voicebox. That's why, for so many reasons, it was great to have Commodore around, because between the two of us you always got a complete sentence :-) Commodore had his memory erased in an accident when he was 16 and essentially had to teach himself to read, write etc again. He's an ironman, and a very articulate one at that- a classic affront to all of those who think they can't do something. So for all of you I hung out with in Arizona, thank you for your pati....

I'm going to be a senile grandma long before age gives me an excuse, my grandkids are going to love me.

So, where was I, losing thoughts. That's where it begins. The breaking of the electric current that carries thoughts to words. It acts somewhat like ocean waves crashing through those rooms filled with barrels and stuff begins to spill out. Random thoughts, memory flashes, feelings. The worst of it all is the anxiety. Fear really. The worst kind of fear is the kind that has nothing to anchor upon. My life is stable, but the fear chemicals are flooding my system. So, I create objects of fear. An IRS audit was my target of choice this time. I can tell myself our taxes are tight. There might be a minor error here or there, but income wise, it's all recorded, expense wise, it's all accounted for. Yet I lay awake at night anxious over a very unlikely audit. This time I felt like I was burning a hole in my stomach. I thought I could shake this off, a lot of times I can. But other stresses in life continued to fuel the fire. My greatest concern is that I sustain so large an upset of my brain chemistry as to turn suicidal. That is without a doubt the most difficult battle to wage. We have two friends and know many others who have fought suicide and lost. It is ugly. And most of the time it is brain chemistry. Thankfully, I've never come close, and my Doc assures me that past behavior is a good predictor of future outcomes. I feel for folks who fall into those chemically induced, deep dark slumps of depression and anxiety. I count myself enormously blessed to have remained at the outer edge of that abyss. Last spring I stopped taking my SSI drug. and I felt great. I was on such a low dosage that it seemed a good idea to let my body coast on it's own for a while. But some significant changes have occurred in my life, such as an ongoing conversation with my sister via email, and so it's time for the old Trimama brain to get a little help again and right the barrels. 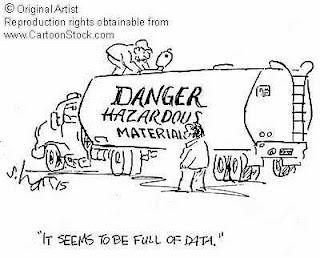 yes, my cartoon bubble has little guys in HAZMAT suits mopping up inside my brain- only to discover the little worker who wasn't properly dressed when the chemical spill occured-nice skeleton though. I think my work comp just skyrocketed.

I've slept soundly now for the first time in a long time, and that does wonders. Now time to just let the meds work, keep up the exercise and eating well, hug The Tribe often and thank God everyday for another sunrise and another fire to make me who I'm meant to be.

Go hug a friend today and train safe
Posted by tri-mama at 5:08 AM

very deep and enjoyable post...
thanks for sharing....
Hug and Hug often.

If a little help with brian chemistry is in order -- so be it, Trimama! Understanding there is a problem, identifying the issue and seeking solutions (both in the short and long terms) -- these are actions worthy of admiration.

You are IRON. Great big hugs to you Trimama

So many beautiful and important messages in that post - thank you for sharing and I mean that for real;not for shallow.

And thank the powers that be for meds and Tom Cruise can just bite me.

Lovely post. I am so glad you are so aware of yourself and have sought the help that helps you... hang in there!

And I will bring the third part through the fire, and will refine them as silver is refined, and will try them as gold is tried. They shall call on My Name, and I will answer them; I will say, It is My people; and they shall say, Yahweh my Elohim is my Elohim. (Zechariah 13:9)

I guess that's what is meant by "forging" ahead-
Lack of sleep can definitely affect brain chemistry-along with TOO MUCH to think about...
For example...
I read your last line as
"Go hug a train today.." :-o (yawn!)
Long workout weeks and no sleep...see?
Glad you got in a few shut-eyes last night. I am aiming for tonight.
Gets worse as I age! Sheesh!

I can certainly understand the trailing of thought. The word is up there, but there is a disconnect between the 'thinker' and the 'speaker'.

It's actually one of the few tell tale signs of my head injury people around me will notice.

Hopefully Tac and the tribe only tease you a bit about it and you learn to roll with it.

Hey there TriMama,
got caught up on your news today...been thinking about you all up there in the cold north. This post really touched me, I wanted to email you but realized I didn't have an address... anyway, just wanted you to know you've been on my radar lately. Hang in there and keep all the good thoughts in the forefront. Hugs!

Speaking of Commodore, what happened to his web site?

TriMama, I emailed you. I hope that was ok?