If you watched Tac's video of The Tribe's Christmas you saw the near hysteria of The Tribe as they opened their presents. Might make one think the poor kids only receive gifts at Christmas time. To the contrary, we intentionally give to them throughout the year and somewhat minimize Christmas so we can focus on faith and family. So, I was thinking about this over the weekend, and somewhere during my 65 degree citrus tree infused run it occurred to me that I really could get used to being a snow bird, which has absolutely nothing to do with The Tribe, except that I thought about how nice it would be to live close to bloggie friends like Commodore and Momo and that's when it hit me; my kids weren't yelling and screaming because of what they received, but rather who they received it from. Chopper was ecstatic to receive a gift from the Soapinator. I don't think he even took in what it was before he set off screaming with joy. It's all about the relationship.

My kids love people and they love having people love them. Which explains why the Soap came home crying from school yesterday. The Tribe's school has a concentrated study focus each year and this year the focus was India. They learned of the caste system yesterday by role playing and as fate would have it, both Urp and Soap were assigned to the dahlit caste-the untouchables. They were allowed to be teased, they had to clean up for everyone, they could not have milk with lunch, they were only allowed to leave for the restroom once in the day and they couldn't speak to anyone not in their caste. Pretty much devastation for Soap who lives for her friends at school.

This past weekend in Arizona was Trimama's Christmas morning. It's not the gift, it's the giver. I had an awesome time with Commodore who took the day off work to chauffeur me and my crew around Tempe/Scottsdale scoping out the Ironman course. He even took us to his favorite Tribe store and his Fitness Empire. The gift of time and laughter. 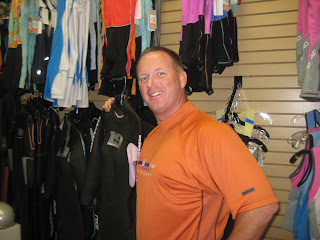 Then it was on to the expo Saturday with a meet up with Momo, Dummy, Eric, Jumper, Tri Shannon, IronJenny and of course Lana- the gift of friendship and authenticity 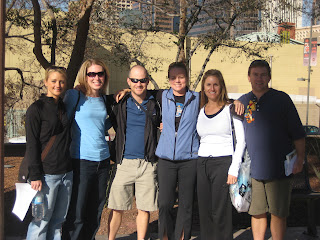 And dinner with Iron Jenny, Iron Girl Nyhus, Greg and Mistress and the Mighty Mo- the gift of family 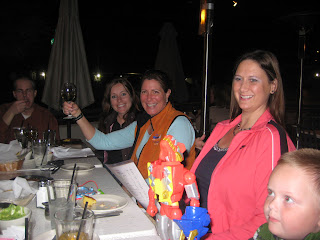 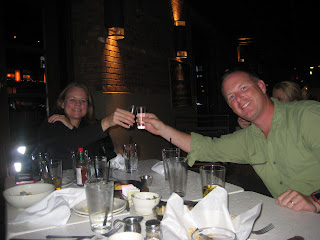 The gift of food and spirits with friends 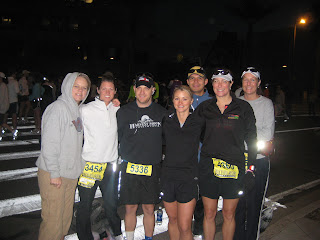 and race morning, the gift of inspiration and achievement.

Thanks friends, I had a great time with all of you

Darn, I wish the race had been in Tucson....then I could have hooked up with all of you guys and gals! Glad you had a great time..and you can "snowbird" here anytime lady! :-)

Looks like you had a great time. 20degrees outside at the moment, certainly can see the advantage of being a snowbird.

Your kids are adorable.

That caste system role playing thing sounds brutal! I'm sure those kids will never, ever forget that there are evil social systems in this world.

You rocked, thanks for being part of all the excitement, hope that you can "Snow Bird" again next year for the race. It was a pleasure meeting you and am so glad that you were able to come to AZ.

The gift of family... I truly feel sorry for people that don't want to have children. They will never understand.

What a great weekend it was! I have been reveling in the gifts of laughter and friendship I received from everyone. Like they say...it's the journey, not the destination. And this weekend's journey was the best!!! I learned some great lessons around all guys...thanks for giving of your time, yourselves, and your friendship!

The pleasure was all mine. Just wish Mo hadn't fallen asleep in the middle of dinner.

Very sweet post (& love the video clip of your family's Christmas! ;) It was nice to briefly meet you!

i don't know about that caste system role playing thing. that sounds like it could leave some scars. give soap and urp lots of love from us.

it was so great to meet you, trimama. i think cda is going to be incredible! let's get the kids together virtually before that, tho!

big hugs. (oh, and you can snowbird here anytime! bring the family - we'd have a whole heckuva lot of fun!!!)

I can relate to the snowbird thing. I'm a slow moving one, Pennsylvania, Virginia, North Carolina... and it's still too cold for me in the winter!

looks like you guys had a great time..and that everyone had good races...
send some heat our way

It was good to (briefly) see you again! That's one of my favorite FG clips, btw!