Mom, I love her 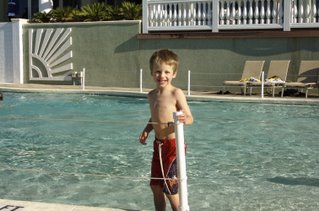 And thus, Buck Naked Boy succumbs to the world of Le Femme Fatale. Poor guy. He met her during the first week of school, SHE was his seat mate, now SHE owns his heart. BNB was in a surly mood a few weeks back when he came home to report that SHE didn't want to be his friend any longer. The currency of friendship in primary school holds the value of a North Korean Won. Thankfully, moms are wiser, and regard friendships as dear, we'll be meeting at McDonalds playland soon. I didn't lose a son, I gained a soul mate.

SHE is the oldest of four kids, so her mom has her hands full, literally, at drop off time. I remember those days fondly, one in hand, three in tow, wouldn't want to go back there. A little secret, we're presently in the honeymoon years. There is nothing like the tweener stage of no diapers, and no hormones. Well, there are a few hormones, but life is fairly straightforward. I've been blessed with four kids who love life, and more importantly, love each other, so it makes for a generally sweet reunion at the end of a day. So, all of you moms with young kids, hang in there, as I was told numerous times, the busy time goes by fast, savor it while you can. 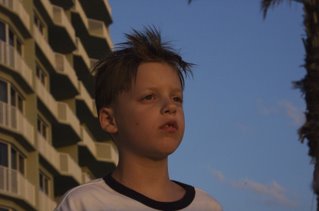 As I mentioned before, Standing Long Jump needs a new name. My kids named themselves over a year ago, when this whole blog thing began, and his was an impulsive response to the question. Actually, he named himself after the event that I manned at his track and field day. Following much deliberation, he will henceforth be named Urp, which rhymes with burp (an equally impulsive action) but that more aptly captures an eight year old boys persona. He's named after a famous cowboy of the old west, so it fits beautifully. 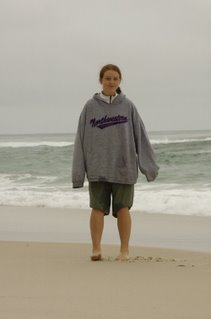 Hyphen Girl has busied herself lately with creating power point displays of her Thanksgiving and Christmas ensembles. Since ran trembling and hid at the prospect of HG coming for a visit at High Altitude Shopping Camp, I've arranged for her to travel north and do things as only a hearty Canadian can, at some point in the future she will be meeting up with for Fashion Camp extrodianaire. Rumor has it that Wendy's is taking on the amazing feat of two ironman races in the same year. He will be seeing all of you in Arizona and then again in Wisconsin. Details of IMmoo Fashion Camp '07 to follow soon. True to her multifaceted personality, I will be arranging "Surfing Camp" (Thanks , astonaut camp, tattoo camp, beer drinking camp (oh right, those are college), pottery camp, sewing camp........

"You know you can eat camel poop? It tastes like bubble gum." 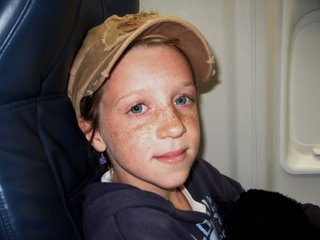 I'm not so sure we'll find a volunteer for Soapinator's theory on animal dung, and perhaps we'll need to work on reading comprehension skills a little, even if the literature is "All About Poop". Nothing like weighting the Scholastic Book Fair with those age old classics. What did Shakespeare know anyhow.

I'm gradually easing back into work and working out. Wow, how quickly fatique sets in during that initial week or so following ironman. I'm completely psyched to have Wildflower to look forward to, it easily answers the question of "what are you going to do now". I need to work on strength and power this off season. Wildflower is a tough, hilly course and the rest of my season will be about speed. I'm surprisingly ready for the challenge, which is a stark contrast to how fried I was feeling about training just prior to Florida. It's either success breeding success, or that I'm eagerly anticpating a Trigeekdreams reunion tour. Probably both.

Being thankful in this time of Thanksgiving

I'm certain that Wyatt Urp will be pleased to hear he has a protege in the present. It is a little know fact that his name was actually Wyatt Burp, but he wound up with a deep chest burp every time he said it, and all people heard was the "urp."

I'm shocked to hear that Bold, after becoming Iron, is afraid to have that mettle tested. Of course, I'm also glad. HG would have broke him in two.

When superpounce was five, the friend with whom she had been going to school since they were three decided he "liked" Aslyn, apparently instead of Superpounce. I succeeded in not giggline when, at bed time that night, she wept, "I guess I'll have to find someone else to marry."

I look forward to the post-diaper phase of life, although I'm in no particular rush. After infant stage, it's all awesome so far (except the whining which, fortunately, doesn't usually last long). Your kids sound awesome, glad to hear you're looking forward to the next event. You don't even sound like you've had any post-Iron let down, take care.

Iron super TriMama, to have all your kids get along, that deserves a medal in it itself..Glad to hear your short recovery is going well. No post IM depression here..

PS. That tattoo video footage was the best..

Thanks for the update on The Tribe, and links are always nice too! Looking forward to meeting everyone at IMMoo2007.

Oh the Honeymoon years...mine with my daughter lasted through her teenage years and is just now (at 20 years old) beginning to be a little shakey. She wants to "be" an adult without the adult responsibilites...and still live at home (the easy life). Well, growing up just sucks sometimes!
I remember telling my friends with teenagers, "What's the problem? My kid is great..."
She still is of course, just growing pains.
Your kids are wonderfully cute, smart and athletic!
I hear the 'proudness' in your post.
Love the new name, Urp!

How cute! You should be so proud to have 4 awesome kids who love life!!!

I have faith that H-G and I can make Fashion Camp a success (and I'm sure we'll be agle to coax some shopping tips out of Bold!).

Here's hoping you and the whole tribe have a fabulous Thanksgiving! (I'd still like to see that PowerPoint show ...)

Herself, the GeekGirl said...

I just saw the video of you getting your MDot. Go, you!
My son is alternately referred to as Mini-me (which he hates, being as he's bigger and heavier than I) or the Jonster.